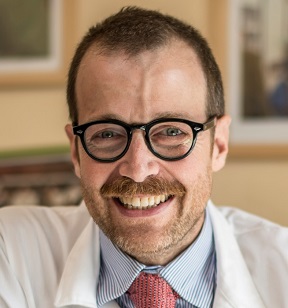 MD, specialized in Orthopedics and Traumatology

Director of the 1st Orthopedic and Traumatologic Clinic.

Full Professor of Orthopedics and Traumatology at the University of Bologna

1996: Degree in Medicine and Surgery at the University of Pisa, final grade: 110/110. Title of the thesis: "External fixation in Orthopedics".

2001: Specialization in Orthopedics and Traumatology at the University of Bologna, with honors. Title of the thesis: "Surgical treatment of the claw-foot".

Good knowledge and use of the Office suite and Internet browsing.

He is in charge of the Elective Courses “Medical experiences in developing countries” at the Degree Course of Medicine and Surgery of the University of Bologna.

In the academic year 2002-2003 he has been awarded by the Statistical Observatory for Didactics of the University of Bologna, which highlighted the over-average general satisfaction of students regarding his teaching, and he has received a praise letter by the Rector Magnificus, professor P.U. Calzolari.

The overall consistency of his scientific activity is articulated into 308 lectures upon invitation, lectures and communications at national and international conventions. Among the lectures, 32 of particular importance have been presented at the conventions of the American Academy of Orthopaedic Surgeons and at the Orthopedic Research Society. He also presented 62 lectures and communications at the conventions of the Italian Society for Orthopedics and Traumatology.

Regarding his articles, he has published a total of 281 works on a vast variety of clinical orthopedics research topics, among which: 15 articles on the Journal of Bone and Joint Surgery, 9 on Clinical Orthopaedics and Related Research, 5 on International Orthopaedics, and 5 on European Spine Journal: 84 appear on “Science Citation Index” scientific journals, 93 are abstracts or articles on scientific journals or books printed abroad, 24 were published on the Italian Journal of Orthopedics and Traumatology, 39 on scientific journals or books printed in Italy. He edited the publication of 6 monographs and is author of 35 scientific videos.

He is co-author of a 262-pages “Manual of Orthopedics”, edited in 2008 and currently printed in over 3300 copies, adopted by several Italian universities as the main textbook for students of Medicine and Surgery.

He is author of the 230-pages monograph “Degenerative scolioses”, a specialist book on the acquired deformities of the vertebral column.

He shot, edited and voiced 35 scientific videos on original surgical techniques, positively welcomed at both national and international level. Among these, worth highlighting are the 21 videos accepted by the American Academy of Orthopaedic Surgeons as “multimedia educational videos”. The 23 videos have been inserted in the permanent multimedia library of the American Academy, and 12 of them have been awarded as “Award-winning multimedia”.

He performed over 4700 surgical interventions as first operator at the Rizzoli Orthopaedic Institute of Bologna and at the Rizzoli-Sicilia Department.

He performed over 500 interventions of primary hip and knee prosthetic surgery, and over 200 prosthetic revisions. He has implanted prostheses of different prosthetic design, including resurfacing prostheses. He performs anterior and posterolateral mini-invasive  implants. On this kind of surgery he is a well-recognized instructor for several centers, and participates as teacher to cadaver labs and specialized conventions. He teaches the mini-invasive approach to both primary and revision prostheses at several international courses, and his videos have been awarded as top scientific contributions by the American Academy of Orthopaedic Surgeons, and inserted in their permanent surgery library.

He teaches corrective surgery for scolioses, spondylolistheses and kyphoses at several international courses, and has previously treated complex deformities such as idiopathic, paralytic or degenerative scolioses. He utilizes advanced techniques of tridimensional correction of the column, using only peduncle screws at both thoracic and lumbar level, thus reducing the invasiveness  of the intervention, and increasing the hump correction without the need of further thoracic times.

He performs anterior discectomies of the cervical spine for cervical herniated discs or channel stenoses. On such technique he is author of an Award-winning video, presented and awarded at the American Academy of Orthopaedic Surgeons in the session Multimedia Educational.
He performed over 200 foot and ankle surgical interventions, among which: surgery on the forefoot, hallux valgus, hammer fingers and rigid hallux. On the treatment of rigid hallux, he is co-author, together with Prof. Sandro Giannini, of a video accepted as Multimedia Educational at the American Academy of Orthopaedic Surgeons Annual Meeting in San Diego (CA, USA).

He performed over 200 corrective interventions on severe foot deformities such as flat foot, claw-foot and congenital club foot. He produced two Award-winning videos on the corrective surgical technique for the congenital club foot, both presented and awarded at the American Academy of Orthopaedic Surgeons in the session Multimedia Educational.

A volunteering orthopedic surgeon in developing countries, during his vacations and at his own expenses he has visited hospitals in Tanzania, Togo, Eritrea, British Guyana. He operated over 1500 children suffering from severe deformities like the congenital club foot, varus or valgus knee, outcomes of infantile cerebral paralysis or poliomyelitis. Together with four colleagues, he founded the NGO “Orthopaedics” to better organize the volunteering activity. He has been invited has Teaching Professor of Orthopaedics at the Georgetown Hospital in British Guyana, the Afagnan Hospital, and at the Halibet Hospital of Asmara in Eritrea, to teach corrective surgical techniques for severe infantile orthopedic deformities to the local orthopedists.